Another sunset I have had a few bad days Migraines have been getting me again. In between we have been trying to stay busy there is so much to do and see around here I am sure we can find something different every day. 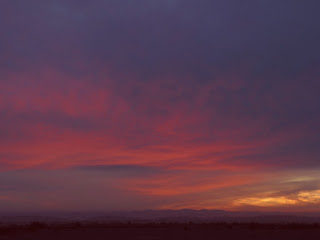 2 days ago we went to Yuma Territorial prison, the one that the movie was about 310 Yuma.July 1st 1876 the first 7 prisoners were locked in the prison that they had built.  It was in operation for 33 years and had a total of 3069 prisoners including 29 women. Most prisoners only served a portion of their sentences  due to the ease with which paroles and pardons were obtained. 111 prisoners died while serving their sentences, most from  tuberculosis. School was available and it housed the first public library in the territory. This is the guard tower which was built over the water storage. 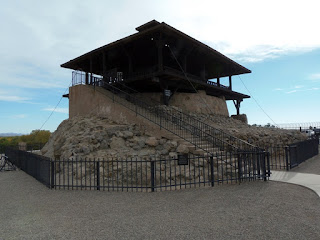 The entrance the wagon pulled in the gates closed and prisoners were let out of the wagon then entered the prison through a small door. 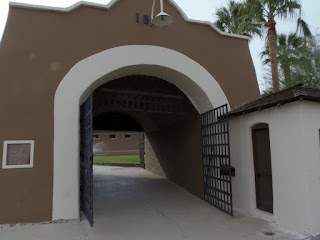 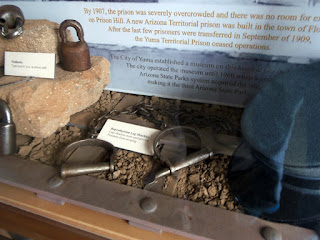 Gatling gun that was used on a few prison escapes. 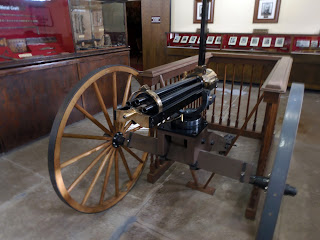 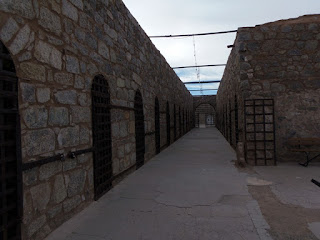 6 prisoners to a cell no toilets just a pail.   Imagine what it must have smelled like with temperatures over 100 F in the summer.  They had a bath once a week and were punished if they didn't. 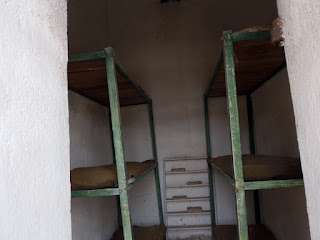 This was the punishment for breaking the rules.   You were put in the dark room.   There was a cage 6 feet by 9 feet and you did not even get a pail for the bathroom and it did not matter how many were in there at one time.   Lots only broke the rules once. 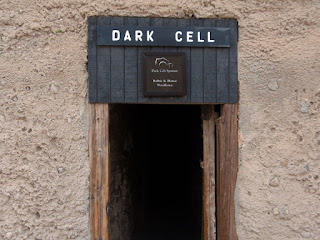 This was the women's cell, a little better. 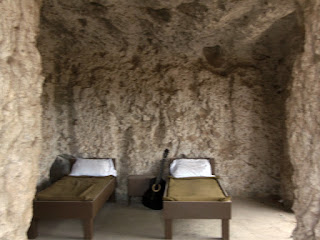 They were between 14 and 88 years old most were white or Mexicans. And most smoked 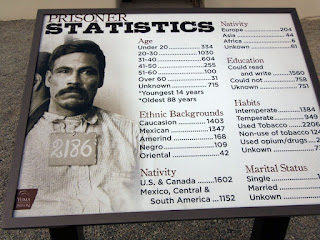 This was Pearl Hart she was a Canadian from Lindsay Ontario she was the only woman to rob a stagecoach.Sshe was sentenced to 5 years but was let out on early parole because she was a trouble maker her condition was she had to leave Arizona. 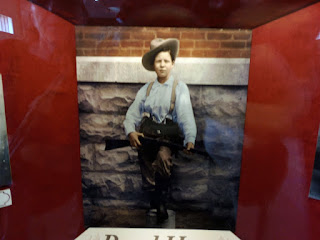 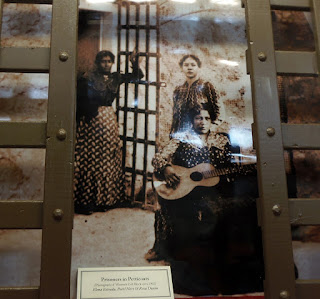 Yesterday we tried to hike to the top of Pilot Knob but we didn't make it.  Brenda's ankle just couldn't climb over the loose rocks. 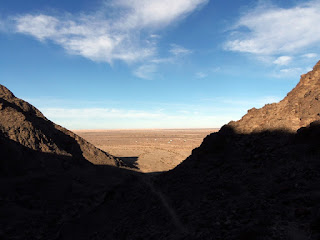 I stepped on this thorn and it went right through the sole of my shoe and stuck in the bottom of my foot. You think that didn't hurt you should of seen me dancing around on one foot till I could get that shoe off. I had no idea what was causing all that pain so I was scared to stick my hand in the shoe to feel what it was. My mind was thinking a spider or a killer ant or something.   I did have a good laugh at myself over that. 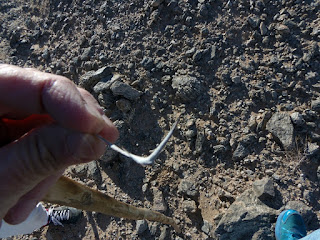 After the failed hill climb we started to walk around the mountain we might of made it half way another day we will go in the opposite direction to see if we can get around it. 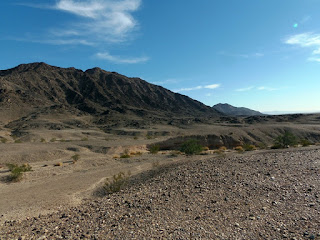 That smoke is in Mexico that is how close we are to the boarder. 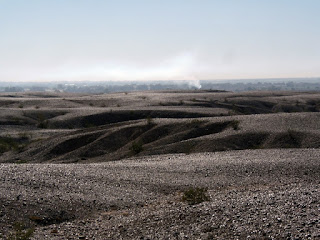 This morning we went to Mexico we drove to the border and walked in. I guess this is where every one goes if they need dental or Glasses. Every store was a dental office or eye glasses and some had both. I wouldn't be surprised if there were over 100 of each of them in the first few blocks. And every one had the usual guys out side trying to get you to go in every one. Brenda went in for a pair of glasses at home they cost her 600 and here she can get a pair for 95. I was talking to a guy that just came from his dentist it cost him 495 dollars for 2 crowns and 2 fillings. I see why every one goes there. I couldn't take the crowds and walked to the real Mexican part of town no paved roads, chickens in the streets. This sure is not my idea of Mexico I didn't like this place too much. 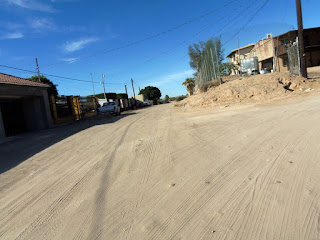 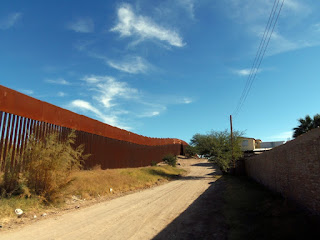 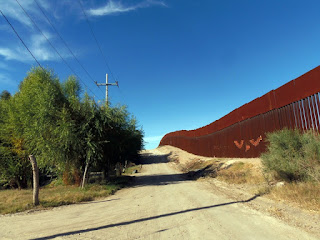 You could see where people had climbed over it where the rust was scraped off you could even see shoe prints on the rust. Wounder how many go into the US every day. 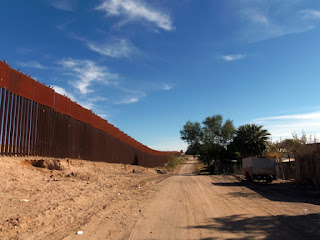 We wandered around for awhile then headed back. 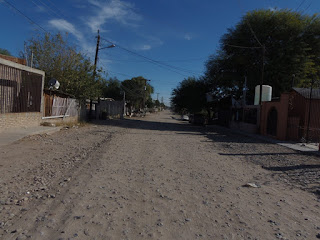