It's been an uneventful day, we almost didn't blog at all, but knew some people would be worried if there was no entry on our first day of travel...so here it is.   Careful you don't fall asleep from boredom.   :)

We left home at 9:15 a.m., fifteen minutes later, after a stop at Tim Hortons Myrtle decided she didn't want to go anymore.    We boosted her, determining the problem was related to the battery and headed to Canadian Tire.   Now she has a brand new battery and we got to hit the road at 11:00 a.m.

We crossed into the good old U.S. of A 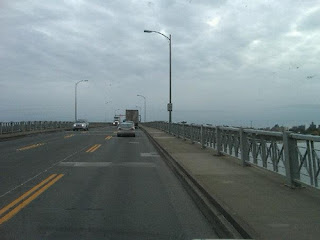 Just before my blackberry was out of range, I received this picture of my awesome grandson in the awesome Aladdin costume my awesome daughter-in-law made for Halloween.

A few hours later, after driving in gloomy rainy weather, we crossed into Ohio.

I liked the art on the highway walls in Columbus. 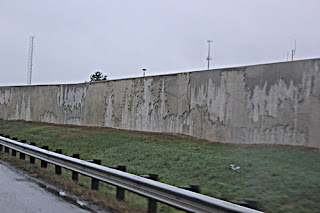 500 kilometers later, we stopped at a Flying J's halfway between Columbus and Cincinnati in battleground Ohio.   We ate dinner that cooked all day long in the crockpot...no fuss no muss, turned on the television to watch political commercial after political commercial.    Mitt Romney attacking Obama, Barrack Obama his vision of the future, repeat and rinse.

Good night everyone, tomorrow's blog promises to be more interesting as we turtle on down to Nashville, Tennessee.