This is covering the last 3 days. We moved to Huachuca it was only about 25 miles down the road. We have been doing a lot of hiking. The first day we went to Browns Canyon Ranch It is in a Box Canyon. There is a 5 mile trail the first thing we saw was 6 deer.And that was before we got out of the car. 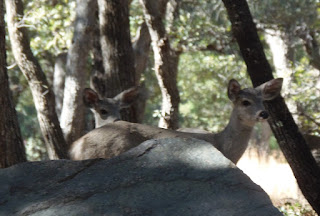 Down in the valley we saw this blimp no idea what it is for. 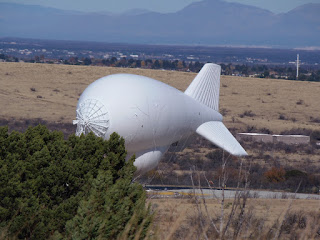 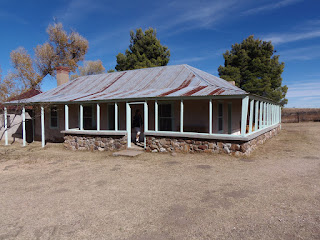 They had lots of water no idea why they gave it up. Seems to me it would be a good cattle ranch. 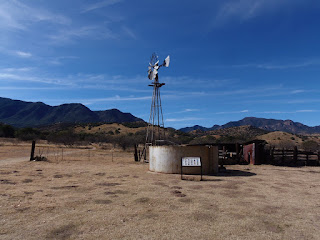 We never walked the entire trail but it was a good hike. 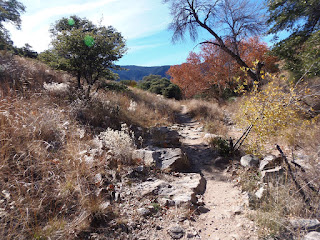 Next day we went to an abandoned town. It was an old silver mining area. When the silver ran out every one moved out. 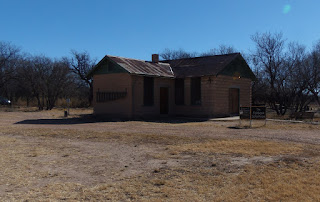 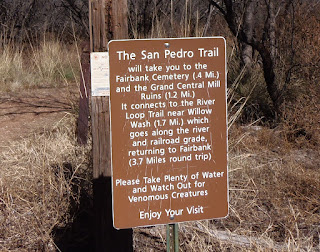 This is what most of the trail was like. 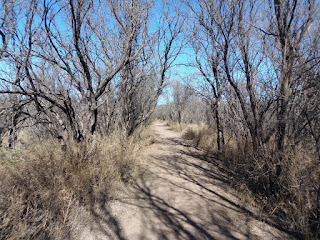 First stop was the cemetery. 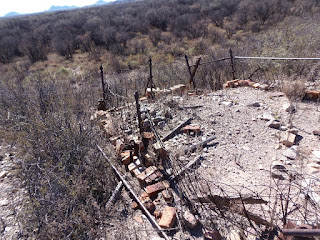 It was up on top of a hill. 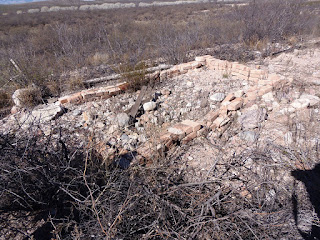 Must have been a rich guy most were just piles of rock. 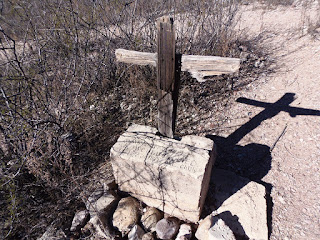 There was over 100 graves here. And only 2 had names on them so sad it was like they were all forgotten. 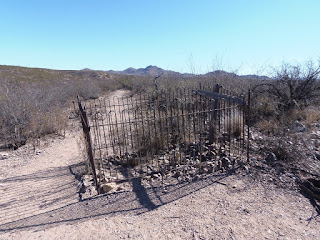 This was where the rock crushing hammers were. I guess they ran 24 hours a day and they were so loud you could here them for miles. I do not know if they melted the silver here also there was not much info about it. 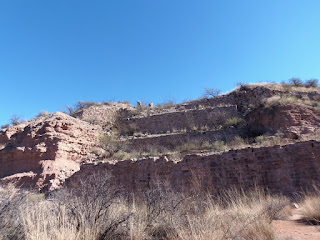 This was a deep hole at one time people were lowered into it to dig how crazy I think back then I would have starved to death because there would be no way I would go in one of these. 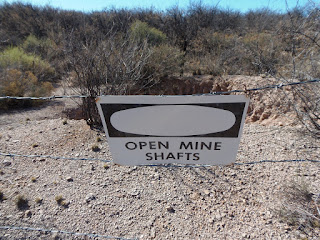 A bunch of old junk still laying around. 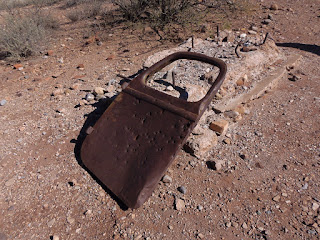 The trail came around to the river they say that is why the mill was here but it was a half mile from the river. So no idea why they did not build closer to the river. 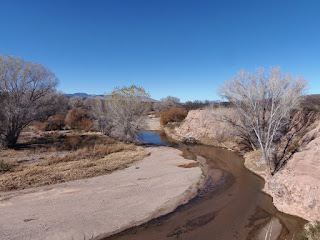 Then today we went to Kartchner Caverns state Park. No way I was going into the caverns so we went for the hike it was only 3.5 miles. 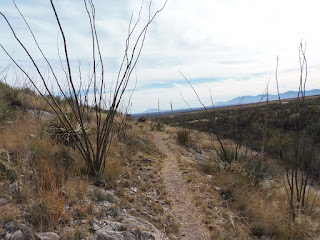 It was a bit harder then the other trails we had done. Up and down hills or mountains. 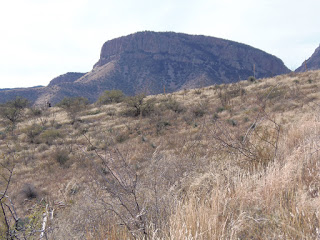 These circles in the rocks were made by the natives back in the 1300 they think they were used to grind seeds. 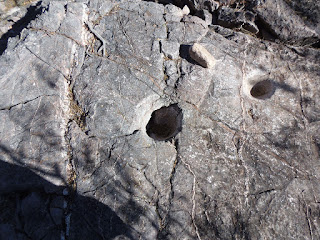 And as we are driving out of the place we see a mother deer with 2 fawns. 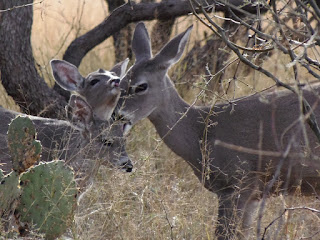 Tomorrow we are going to California we here it is warmer there. At night the water freezes it gets that cold here. They say in California it only goes down to the mid 40s hope so.